A UBC researcher has developed a novel way of testing for skin cancer, using a low-cost, compact laser probe that can distinguish between harmless moles and cancerous ones.

“With skin cancer, there’s a saying that if you can spot it you can stop it, and that’s exactly what this probe is designed to do,” said PhD student Daniel Louie, who built the device as part of his studies in biomedical engineering.

Louie says he was motivated to create this probe due to the rising incidence of skin cancer, and the limited access to dermatologists to diagnose the disease.

He says he wanted to make a simple tool, and managed to create the first prototype for less than $300.

“We set out to develop this technology using inexpensive materials, so the final device would be easy to manufacture and widely used as a preliminary screening tool for skin cancer,” Louie said.

The technology is based on the principle that light waves change as they pass through different objects.

The probe fires a laser into the skin, the light scatters inside and returns back to the probe generating a “signature” of the tissue.

“Because cancer cells are denser, larger and more irregularly shaped than normal cells, they cause distinctive scattering in the light waves as they pass through,” said Louie.

Tim Lee, an associate professor of skin science and dermatology at UBC, supervised the project. He says while this isn’t a replacement for standard cancer screening methods, it would be a good addition.

“If we can develop a device that can be integrated easily into other parts of the health-care system, we can simplify the screening process and potentially save hundreds, if not thousands, of lives,” said Lee.

Louie says it’s too early to say how effective the probe is at detecting melanoma, but that initial results are very promising.

He has plans to refine his prototype, and insists distribution is still three to five years away. Ultimately, he says he would like to see one of the probes in every doctor’s office.

“It’s meant to be a common tool like a thermometer or a stethoscope,” he said.

Louie’s research was published in the Journal of Biomedical Optics, and involved 69 lesions from 47 volunteer patients at the VGH Skin Care Centre. It is a joint project by UBC, B.C. Cancer and VCHRI.

After more clinical testing, Louie and Lee hope to get Health Canada certification and approval so health-care practitioners can begin using the detector. 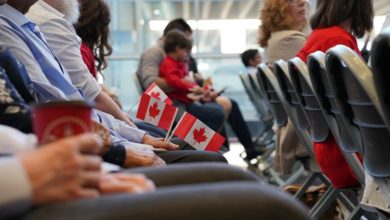