Anya Yurchyshyn was 16 years old when her father was killed in a car crash. When she was in her early 30s, her mother passed away. She did not grieve for them.

“I felt like I had been given a gift,” Yurchyshyn told Out in the Open host Piya Chattopadhyay.

But while cleaning out her mother’s house, she found letters her parents had written each other that changed everything.

A house is not a home

Growing up, Yurchyshyn had a complicated relationship with her dad.

“There were times where I felt the way he treated me kind of bordered on emotional abuse.”

Yurchyshyn​ said she had a privileged upbringing with a roof over her head, food on the table, and parents that cared about her education. However, she also felt very isolated and alienated as a child, because her dad was very strict.

“He would stand over me as I did my homework and when I made a mistake he would start yelling, I would start crying. Instead of my tears prompting him to stop, he would yell more.”

Once Yurchyshyn’s father was gone she said she “felt so relieved and so lucky, because he had been such an overbearing and negative presence in my life. It felt like this enormous weight really had been lifted.”

When she attended her father’s funeral, she felt guilty and ashamed for not having the same reaction as others in her family.

Yurchyshyn​’s mother was devastated. It was a reaction she had a hard time understanding since she’d never witnessed any love between her parents.

“They just seemed to not like each other that much.”

Yurchyshyn’s sympathy for her mom was further dampened because she resented her for not protecting her from her father.

“I would look at her and think, ‘Your marriage wasn’t even that great. You know you’re just trying to get pity or you’re trying to get sympathy. You don’t really care that your husband died, you just know that this is a convenient way to get attention.'”

“Her life had kind of been reduced to the size of her bed. She watched TV from three to five in the morning and then was passed out the rest of it.”

Eventually, Yurchyshyn said her mother lost the ability to walk, often couldn’t make it to the bathroom, and was suffering severe cognitive decline. She died in her sleep from complications related to alcoholism when Yurchyshyn was 32.

​Once again, Yurchyshyn was relieved.

“I had been on this constant kind of roller coaster of, ‘Maybe she’s going to get better. No, there she goes again. Maybe I can hope this time. No, wrong again.’ That was really difficult for me, and she was such a huge source of anxiety and fear.”

Cleaning out her closet

Yurchyshyn​ was looking forward to closing this chapter of her life as she cleaned out her mother’s house. But something unexpected happened: she found a stack of letters that changed everything she thought she knew about her parents.

“It was shocking. I was reading them and I had a physical response. My body really hardened, because I just thought these can’t be real.”

They were the love letters her parents had exchanged throughout their relationship. She couldn’t believe she’d never seen this side of them.

“I was sitting there with their letters and going over them again and again and I just realized I must have the story wrong.”

Yurchyshyn​ started to question everything she thought she knew about her parents.

“It was really destabilizing, you know — when everything you’ve told yourself either because it’s based on your experience or because it’s a means to protect yourself when that turns out not to be true.”

She became obsessed with wanting to know the truth.

“I looked at these letters and I read them, and I re-read them and I just thought, ‘What happened? How did these people become the people that I knew?'”

The answer doesn’t fall far from the tree

Eventually, Yurchyshyn​ found the answers she was looking for.

Yurchyshyn had a brother named Yuri, who she never met, because he died two months short of his first birthday, before she was born. She didn’t even know about Yuri until she was 10 years old, because her parents never spoke about him.

“It was only when I was really going through their belongings and talking to their friends that I understood that losing this child is what most likely caused irreparable damage to their relationship.”

“She was absolutely wracked with guilt about not being able to hold him when he was dying. She wasn’t even in the room, and thinking, ‘If he had been able to open his eyes and see me or hear my voice, could that have made a difference?'”

For Yurchyshyn,​ seeing her mother’s words was painful.

“She was just so obviously hollowed out by what had happened and it hurt me to even kind of touch with my pinky finger what she had gone through.”

Yurchyshyn​ discovered from her parents’ friends that it wasn’t just the pain of losing Yuri that broke her parents’ spirits — it was the way they handled it.

It took seeing her parents as human to allow Yurchyshyn to let go of a lot of her anger.

“Learning everything that I have has allowed me to empathize with them and feel so much compassion,” she said. “I think what I was looking for was a way to have a better relationship with them, a way to kind of love them.”

Yurchyshyn has written a memoir about her family story called My Dead Parents. 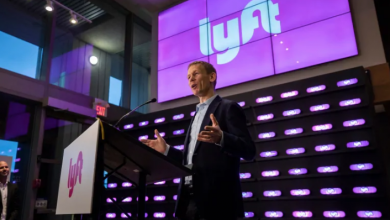 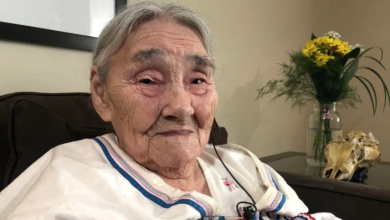 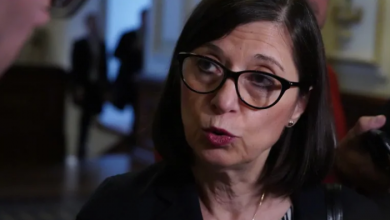 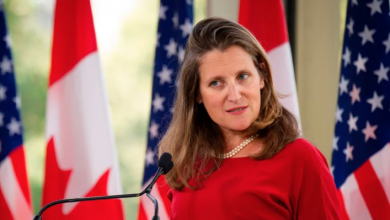