A convoy of vehicles slowed traffic on a stretch of Canada’s busiest highway Friday morning in Ontario in a show of solidarity with an anti-pipeline protest in British Columbia.

Eight westbound vehicles rolled down Highway 401 near Cornwall, Ont., at about 50 km/h during the early rush hour. Provincial police cruisers formed a buffer around the convoy and surrounding traffic.

The vehicles are carrying people from the Mohawk Nation at Akwesasne, about 86 kilometres southeast of Ottawa, and the Kahnawake Mohawk Territory, just south of Montreal.

Brandon Bigtree, who was driving one of the vehicles, said the demonstration was to show support for protesters at the Unist’ot’en camp — the site of a fortified checkpoint preventing people set to work on the Coastal GasLink pipeline project from accessing the Wet’suwet’en territory in northern B.C.

Wet’suwet’en and police have agreed to allow the company access to do pre-construction work as specified in an interim injunction order for the time being, following arrests on Monday.

“We’re standing strong with our brothers and sisters out west. What’s going on out there isn’t right,” Bigtree said.

He said Indigenous communities across the country feel the federal government and provinces are failing them.

“We just need to let [the federal government] know that we’re all united.”

Those in the convoy from the Mohawk Nation at Akwesasne are also trying to raise awareness about local governance issues. Some in the community are frustrated with how the elected band council has handled negotiations over a 130-year-old land grievance along the banks of the St. Lawrence River. They are advocating for the nation’s hereditary leadership to play a larger role in the process.

The convoy hopes to make it to ​the Tyendinaga Mohawk Territory near Belleville, Ont., today. 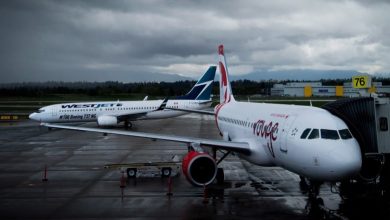 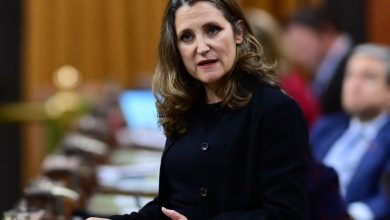