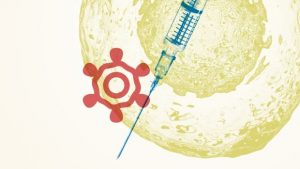 An effective vaccine against the coronavirus that causes COVID-19 is everyone’s hope for a real return to normal life. More than 100 teams of scientists around the world are working to develop and test a vaccine against the virus SARS-CoV-2 as quickly as possible. They’re employing a huge variety of strategies and technologies, including some that have never been used in an approved vaccine before.

“It’s a very fascinating and kind of impressive effort,” said Dr. Lynora Saxinger, an infectious disease specialist at the at the University of Alberta in Edmonton. “It’s absolutely crucial.”

Even in countries that have had a devastating number of deaths from COVID-19, there is nowhere close to a level of “herd immunity” within the population preventing the disease from spreading exponentially if we go back to normal levels of social interaction, she said.

How far are we from the first SARS-CoV-2 vaccine?

Typically, it takes an average of more than 10 years for a vaccine to get from pre-clinical development (including animal testing) through three phases of clinical (human) trials to market registration.

The process has been fast-tracked for COVID-19. The first human vaccine trials began in March, just two months after the virus and disease were identified. And different phases of human trials are being run in an overlapping fashion instead of one at time — for example, Phase 2 might begin just a few weeks after the start of a six-month Phase 1 trial.

Still, officials, including the World Health Organization, have reassured the public that no steps will be skipped. That’s why Russia drew fierce criticism when it announced in mid-August that it was granting regulatory approval to a vaccine developed by Gamaleya Research Institute of Epidemiology after less than two months of human testing, with only two incomplete Phase 1 trials registered with the WHO.

Canada has a notably large number of vaccine candidates registered with the World Health Organization — at least nine.

Note: Because of changes to the World Health Organization candidate vaccine document, we are no longer tracking phases that are completed and in progress. Instead we are marking each phase that the candidate has entered.

Multiple vaccines on the horizon?

Most vaccine candidates that make it to preclinical testing never make it to market (about 94 per cent fail, a 2013 study found). But in this case, with so many different vaccines under development, there may still end up being multiple vaccines for the coronavirus, possibly using different strategies, Saxinger predicts.

There are a number of potential advantages if that happens:

Stephen Barr is associate professor of microbiology and immunology who is part of a COVID-19 vaccine development team at at Western University in London, Ont. He noted that the “best” vaccine in the end may not be best for everybody. “But the second one might be, for those that don’t respond, right? So it’s always good to have these backup vaccines as well or vaccines that can be used in parallel around the world.”

Many teams are working on a COVID-19 vaccine using technologies that have been in development for decades but have never yet been approved for wide-scale human use, such as DNA, RNA and viral-vector vaccines. Many of those candidates are considered very promising, garnering huge amounts of funding and billions of preorders from some countries. Since August, Canada has announced deals to reserve hundreds of millions of doses of vaccines from Moderna/NAIAD, BioNTech/Fosun Pharma/Pfizer, Janssen Pharmaceutical Companies (Johnson & Johnson), Novavax, Sanofi and University of Oxford/AstraZeneca.

These are the most traditional types of vaccine. They’ve been used for a long time, and most of us have had these kinds of vaccines.

In this case, the virus is grown in large quantities in cells, and then killed, often with a chemical, which is usually formaldehyde, but heat or radiation can also be used. Two kinds of flu vaccines are made this way, grown in either chicken eggs or mammalian cells.

Vaccines that target part of a virus

These types of vaccines don’t contain entire viruses. They present parts of viruses, such as proteins or sugars, to your immune system to help it learn to recognize the virus and build an immune response.

In the case of SARS-CoV-2, the part of the virus that’s typically targeted is the spike or “S” protein — the projections on its outer coat that make it look like a crown under a microscope (“corona” means “crown.”) That’s the protein the virus uses to bind to human cells, allowing it to enter.

What varies among different vaccine candidates is the way they make the spike protein and get it into the body — it may be injected directly, transported by a “carrier” virus that doesn’t cause disease, or it may be manufactured by the human body itself using instructions encoded in DNA or RNA.

These are a special class of subunit vaccines, where the proteins are self-assembled into artificial particles that are intended to look like viruses to the human immune system. They bind to and enter cells like a virus, which is different from the way individual protein subunits do.

Some vaccines on the market that use VLPs include vaccines for HPV (human papilloma virus) and Hepatitis B.

As mentioned earlier, Canada currently has at least nine vaccine candidates under development, with Canadian involvement in the development of some others. Saxinger said that maximizes the impact of the expertise we have, from work on diseases such as Ebola, SARS and MERS.

Developing and producing vaccines here at home could also give Canada more control over when Canadians can get the vaccine, and who can be prioritized, given that there will likely be huge demand for the vaccine from countries around the world.

“I don’t think we want to rely on others, hoping they will remember us,” said Volker Gerdts, director and CEO of VIDO-Intervac at the University of Saskatchewan in Saskatoon, one of the Canadian teams developing a SARS-CoV-2 vaccine. The current race for a vaccine underscores why it’s important for countries like Canada to be self-sufficient, he added.

School custodian refuses to download phone app that monitors location, says it got her fired

Metro, Sobeys among companies called out for not doing enough to reduce harmful chemicals