It was a very long run for Oshawa, Ontario. Car manufacturing started in Oshawa in 1907 when Samuel McLaughlin founded the McLaughlin Car Company. In 1918 the company merged under the General Motors umbrella and continued building vehicles until this past Wednesday (18) when the last truck rolled off the line. 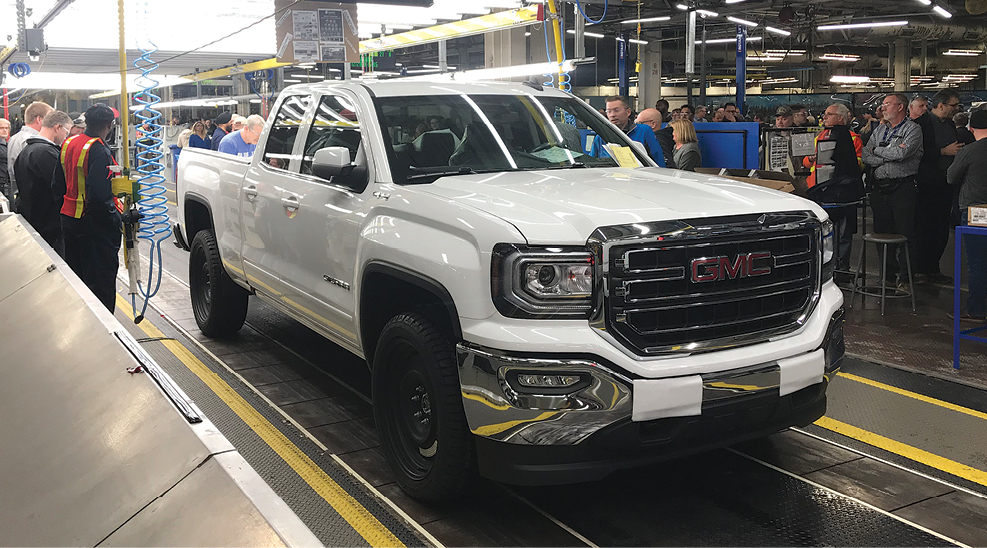 The friends I have who were working at the plant during this historical ending told stories of the bittersweet goodbye. Some were retiring with full pension, others were staying back to work in the stamping plant or other areas of the plant, while many were being laid off indefinitely—Merry Christmas. Some people were angry and others sad.

By closing time, the shock had worn off—the announcement had been made in November of 2018 giving the soon-to-be ex-employees time to prepare—but this didn’t stop them from being angry or sad.

In the midst of this emotional rollercoaster, some have tried to keep a positive mood. Custodio (Gus) Fernandes is one of these people. A 30 year employee, Gus had been promoted to team leader four years ago which took him off the assembly-line. This new job had him taking care of the line, making sure everything ran smooth and covering jobs when the line-workers on his team took their scheduled breaks. The job had more stress since he had more responsibility and he had to be know how to do every task on the line but he had more physical down-time—the perks of seniority.

During his time as team leader, I would hear stories of his adventures. A serious fan of music and sports, Gus would set up his sound system everyday and play music for his team; he would project the Leaf games on a white sheet; and he would occasionally get reprimanded for his actions. 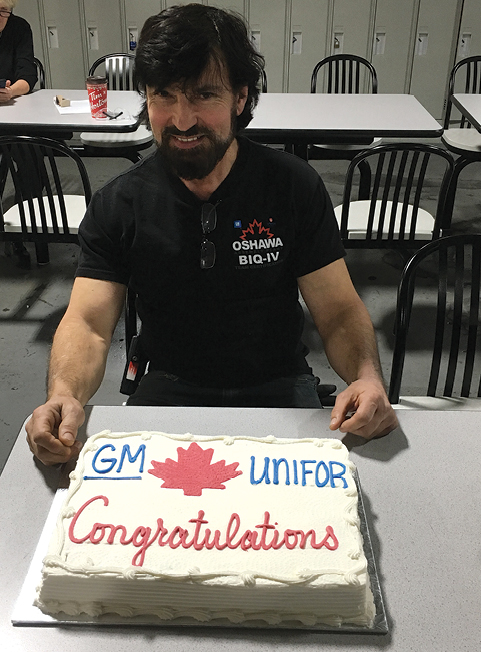 After the November 26 ,2018 announcement, management felt the workers’ needed to be lifted and they gave him carte blanche to entertain the troops. Gus kicked into high gear.

Permanent speakers were moved into place, aimed down the line at his team and the music started to flow. Gus would sit at home before work and plan out themes before he carefully curated playlists—dance day, punk day, latin day, classic rock day, 80s retro day, Beatles day…not enough days. Unlike GM, Gus also gave the team a chance to have their voice heard—he took requests and would compile them into an all-request playlist.

When he was offered an earlier retirement date, Gus turned it down. “Naturally, taking time for myself would’ve been nice but it wasn’t just about me, it’s about us—I was part of this team and we were going to stick this out together until the end. One of the girls on my team is a single mother who’s had to downsize her home and car to help cope with the situation, and this only one story. It’s all very sad”.

Gus stepped up his game. As the end got closer, Gus added something to his bag of tricks—he would become “The Champ”. Some of you may remember The Champ, a series comedy sketches by Brother Jake Edwards which were played on Q107 back in the 80s. During these sketches The Champ, a former boxer who took a few-too-many blows to the head, would overreact to scenarios around him.  He would then “lose it”, unleash a flurry of violence against the unsuspecting foe and tell everyone this is why he is “still The Champ”. Gus would sit at home and write sketches that included shoutouts to his team and an overreaction to something GM related—to his team, Gus was The Champ.

The last truck off the line represents the end of the road for many who relied on GM for their livelihood, but hit also serves as something positive. GM Canada has donated the vehicle to be raffled off to employees, with over $100,000 being raised for the Durham Children’s Aid Foundation. As the lights went off and doors closed, it’s good to know there were positives in the middle of the negatives.