A Gatineau, Que., daycare says there’s no way it can comply with city’s new garbage limit even with purchasing extra overfill bags.

The new rules limiting curbside pickup to 120 free litres in a grey bin every two weeks, with the option to buy up to five extra 50-cent 80 L overflow bags, kicked in on Monday.

They have created a problem for the staff at Le pays de Cornemuse, a busy daycare off boulevard Saint-Raymond whose staff say the daycare’s bin is overflowing and they’ve already filled up three of their extra bags — with just two days worth of diapers.

“We used to have normal garbage containers and everything was working well. We only have one little container for 155 people per day.”

The daycare looks after children from six months to pre-schoolers and according to Kelly, the kids produce about 120 dirty diapers a day.

The daycare occupies two different addresses side-by-side but gets only one property assessment, so it’s trying to argue that it at least deserves two bins and 10 bags per pickup.

“The reality is that we don’t only have four people in our house,” she said.

In a statement, the city said all units get the same service and it will not provide an exemption to daycares at this time.

Kelly said hiring a private company to take its extra waste isn’t an option because the daycare is subsidized and it can’t make the parents pay for something that isn’t actually the function of the daycare.

Neither are cloth diapers because she said she can’t force parents to use them.

Even though it’s not a real solution, she did threaten — as a pressure tactic — to send parents home with bags of their children’s dirty diapers at the end of each day.

But she says even if she wanted to, it wouldn’t work.

“Every time we give the diapers back we would put them in a plastic bag, so that’s 40 plastic bags every day. It’s not something we can do for the environment,” she said.

Right now she is hoping for a political solution.

“[We want] to sit with the city … so they can see what our problem is.”

In the meantime she says they’ll be putting out all the garbage in the hopes it gets picked up. 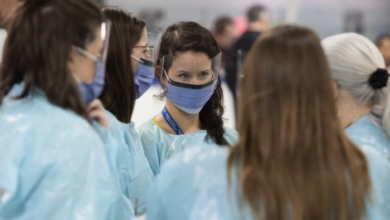