Canada’s economy lost more than one million jobs in March, Statistics Canada said Thursday (9), pushing the jobless rate up to 7.8 per cent.

Economists had been expecting the figure to come it at around 500,000 jobs lost, which already would have been the worst month for job losses on record. 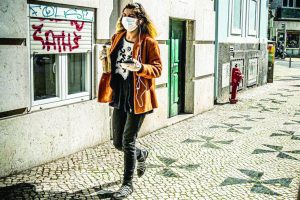 Every month, the data agency surveys Canadians over the course of a single week to come up with its employment number for the month. March’s data is culled from surveys in the week that started March 15 — a tumultuous week for Canadian society, as within seven days Canadians went from planning March break vacations to sheltering in place and businesses across the country locked themselves down to try to contain the spread of COVID-19.

According to Statistics Canada, 19.2 million Canadians had paid work in February. But March’s data shows that more than one million of them no longer did the following month.

Actual employment loss could be much worse

And the true employment picture is likely even worse. The data agency notes that on top of the one million people who became unemployed during the month, another 1.3 million Canadians worked no paid hours because of lockdowns but technically still considered themselves to have jobs.

Another 800,000 Canadians worked less than half of their usual workload.  And a further 219,000 people had a job in early March but were deemed to be no longer in the labour force by the time the survey week came around. “They were not counted as unemployed because they did not look for a job,” Statistics Canada said, “presumably because of ongoing business shutdowns and the requirement to socially isolate.”

Statistics Canada says the closest comparable sudden decline in economic activity and employment was likely the ice storm of 1998 that saw businesses in Ontario and Quebec suddenly and temporarily close up shop.

The ice storm caused 166,000 people in Canada to temporarily lose all or most of their paid work. March’s number was eight times higher than that.

The stunning job losses mean that 40 months’ worth of jobs gains were wiped out in one fell swoop, and “the decline may unfortunately be even larger in next month’s report,” Bank of Montreal economist Doug Porter said.

If there is a shred of positivity in the numbers, it may be that most of the job losses could be temporary, as Statistics Canada observed that “workers expected to return to their job within six months.”