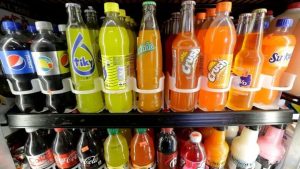 Doctors are warning that soaring rates of a common, but often undetected, liver disease could impose an enormous burden on Canadian health care over the next decade if there isn’t more public awareness.

“There’s a reason why they call liver disease the silent killer,” said Dr. Mark Swain, a University of Calgary liver specialist who led a study published recently in the online journal CMAJ Open.

“It’s because liver disease broadly has no symptoms.”

Liver cells are like balloons that can fill with fat over time, especially when someone is obese, he said.

The paper notes an estimated one-quarter of Canadians over the age of 20 have this condition, called nonalcoholic fatty liver disease, or NAFLD.

Swain, who directs the university’s gastroenterology and hepatology division, said physicians have historically treated it as relatively benign because liver fat usually just sits there and doesn’t do much.

But about three to five per cent of those with the disease go on to develop a more problematic condition called nonalcoholic steatohepatitis, or NASH. In those cases, Swain said, an immune response can trigger inflammation, which can lead to scarring or even cancer.

Swain and other researchers with the The Canadian NASH Network, a coalition of doctors focused on the disease, used trends in obesity rates to forecast the prevalence of fatty liver disease in the Canadian population between 2019 and 2030.

The study found cases of NAFLD are on track to rise 20 per cent in that time frame and that its more advanced form, NASH, is projected to rise by 35 per cent.

“There has been a conditioning amongst many health-care professionals that it’s not of concern,” said Swain.

“We really need to be better at increasing awareness, both in the population and amongst health-care professionals and allied health-care workers, that this is an issue.”

A dollar figure for the cost-burden on the health-care system has not been calculated in Canada, but Swain expects it would be “astronomical.”

Dr. Diana Mager, an associate professor of clinical nutrition at the University of Alberta, said patients are often surprised to find out that they even have fatty liver disease. Symptoms, like a sore abdomen, don’t show up until it’s well advanced, she said.

“People walk around for years with NAFLD and don’t know they have it.”

The biggest culprits seem to be processed foods and sugary drinks, she said. Mager, who specializes in pediatric patients, said fatty liver disease has been showing up in children and adolescents.

A more wholesome diet and more active lifestyle can reverse the disease in its early stages, she said.

There’s some debate as to whether the same holds for when the disease is more advanced. But, at the very least, lifestyle changes can slow its progression, said Mager, who also chairs the Canadian Liver Foundation’s national education advisory committee.

Simply telling people to go on a diet and lose weight isn’t enough, she said.

“It’s one thing to tell the Canadian public, ‘Don’t eat this and don’t eat that.’

“But if there isn’t an availability of affordable healthy foods, then that’s a problem. You can’t expect a family, if they can’t afford to purchase those foods, to be able to consume those foods on a regular basis.” 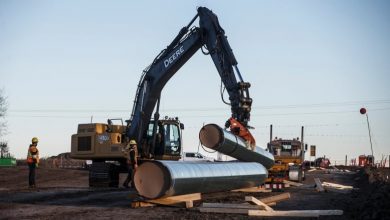