After years of planning and months of delays caused by the COVID-19 pandemic, Nova Scotia’s Cliffs of Fundy is expected to become a designated UNESCO Global Geopark on July 10.

Those who have been working toward this moment say they hope to attract more tourists to the area, boost the local economy and shine a positive light on a community that has grappled with a devastating tragedy over the last three months.

The park stretches in a 125-km drive, often along the Bay of Fundy’s Minas Basin, with 30 sites from Debert to past Eatonville.

“I think it’s a game changer for us,” said Municipality of Colchester Coun. Tom Taggart.

“I’m not sure that I could even dream big enough to what this has the potential to be.”

According to the United Nations Educational, Scientific and Cultural Organization (UNESCO) website, Geoparks are areas of international geological significance that aim to explore connections between cultural heritage, nature and local communities, while providing education and sustainable development.

They do not prohibit land use and are intended to give local people a sense of pride in their communities.

Right now there are only three other UNESCO Geoparks in Canada, one of which is in New Brunswick.

On July 10, Discovery in Bonavista, N.L., is also expected to receive the designation.

John Calder, a former senior geologist with the province of Nova Scotia who is on the board for Cliffs of Fundy, said the Cliffs of Fundy area was first evaluated in the summer of 2018.

Then last July, two more evaluators from UNESCO came for a five-day visit.

“Although we were biting our nails and trying to seem positive, we were hanging on every word, every facial expression,” Calder said.

“Then they said they felt this could be the Number 1 Global Geopark in the world. This came from the president of the Global Geoparks Network who has been to virtually every Geopark in every country and continent.”

Calder said their application focused on showing both the geological and cultural aspects of what makes the area so special.

“There’s nowhere else on planet Earth where you can see the record of the assembly of a supercontinent 300 million years ago, called Pangea, and it’s breakup 100 million years later, which was the birth of the modern world,” he said.

“This is why the evaluators were so struck — they were awestruck of the fact that we’re on the shores of the world’s highest tides, we have this unrivalled record of the history of the Earth and this incredible story of the Mi’kmaq traditions and sacred culture.”

Last fall, the evaluators gave their report to the Global Geoparks Council. The UNESCO committee was scheduled to meet in April to formally approve the park, but the meeting was pushed back because of the pandemic. It’s now scheduled to happen next week.

“I know there’s going to be jubilation and rejoicing and maybe I shouldn’t say hugging,” he said, laughing. “It’s going to be a celebration, there’s no two ways about it. I think we’re just going to feel a real sense of accomplishment.”

That feeling will come at a critical time for the community. In April, 22 people were killed in a mass shooting that began in the rural community of Portapique, which is within the geopark.

“We really want to get that tragedy behind us and this is a great way to feel good about ourselves and our communities and get back to what we’ve always enjoyed,” Taggart said.

“So this is a breath of fresh air. It’s just really positive.”

Taggart hopes to see the designation spur economic development in the area. He said some of the geoparks in Europe and Asia see five million people each year, but he said even imagining what 500,000 tourists could bring gives him hope.

“I think this has great potential for our community members to take advantage of this ecotourism. I think it’ll just be tremendous,” he said.

Calder said he hopes the pandemic turns out to have at least one positive for the park: that people in the Atlantic bubble will use this summer to experience the beauty that’s in their own backyard.

“There are many, many Nova Scotians, let alone Canadians, who have never been along this shore. It’s so easy to bypass it when you go from Truro to Amherst on the Trans-Canada that it’s missed by so many people,” he said. 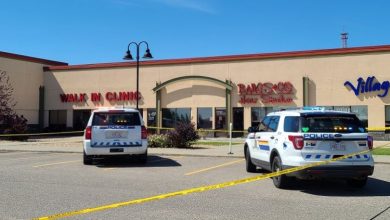 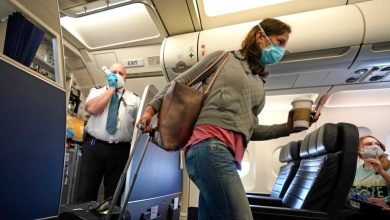 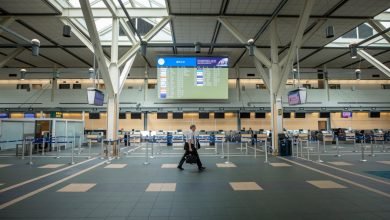