China has warned Canada not to be “naive” in thinking that the U.S. can help smooth over issues between the two countries.

Prime Minister Justin Trudeau told reporters Tuesday that he was “confident” U.S. President Donald Trump brought up the case of the two detained Canadians during talks with China’s Xi Jinping.

Trump said on Saturday he did not talk with Xi about the extradition case against Huawei telecommunications executive Meng Wanzhou during their bilateral meeting on the sidelines of the G20  summit in Japan.

Trudeau said during a news conference in Toronto. He did not elaborate why he was so confident.

“We hope that the Canadian side will not be too naive,” Chinese foreign ministry spokesperson Geng Shuang told a briefing in Beijing on Wednesday.

“First, Canada shouldn’t naively think that gathering so-called allies to put pressure on China will work,” he told the reporters, speaking in Mandarin.

“Second, the Canadian side should not naively believe that its so-called allies can really make concrete efforts for Canada’s interests. What they are doing at most is lip service, because after all it is a matter between China and Canada.”

Tensions between the two countries have risen since Canadian officials arrested Meng on a request from the U.S. Soon after, China imprisoned Canadian businessman Michael Spavor and Michael Kovrig, a diplomat on leave to work for a non-governmental organization, accusing them of espionage.

China has also blocked Canadian exports of canola seed and recently took the step of halting pork and beef imports. (The RCMP has been called in to investigate the origins of a pork shipment to China that allegedly arrived with a fake Canadian export certificate.)

Trump had promised to raise Spavor and Kovrig’s case during his June 30 meeting with Xi.

In that meeting, China and the United States, which have been embroiled in their own trade war, agreed to resume trade talks after Trump offered concessions, including no new tariffs and an easing of restrictions on Huawei.

The Trump administration has said the telecommunications company is too close to the Chinese government and poses a threat to U.S. national security.

On Tuesday, Trudeau said he personally discussed Kovrig and Spavor’s detentions, as well as “the larger issue of Canada-China relations,” with Xi on the sidelines of the G20.

“This is an issue we take extremely seriously.” 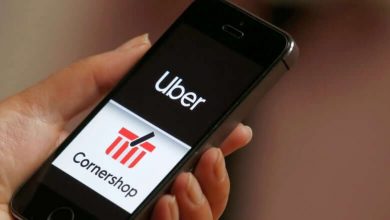