An American deep sea research vessel departs Halifax today on a “voyage of discovery” that will send cameras and other instruments into six deepwater ocean canyons and channels off Nova Scotia.

Starting Tuesday, the 68-metre long Okeanos Explorer is scheduled to start streaming the first images ever seen of the seafloor it surveys — at depths from 300 metres to 2½ kilometres from the ocean surface.

The mission to explore Atlantic seamounts and canyons of Canada and the United States is part of an international agreement to study the North Atlantic.

“We’re going to get to explore areas that we have never surveyed before in depth ranges that we don’t have the capacity to survey with our own equipment here at DFO.”

Beazley will help direct the dives and provide live commentary on the streaming video from an exploration command centre set up at the Bedford Institute of Oceanography in Dartmouth, N.S.

She said she doesn’t know what to expect.

“That’s the beauty of this mission,” she said. “We don’t know. It will be the first time we’ve surveyed this area.”

The ship is operated by the National Oceanographic and Atmospheric Administration, or NOAA.

“We’re ocean-exploration driven, which means we’re here to make discoveries and to really generate questions on where these things are and what those things are in their geographic extent,” said Mike White of NOAA’s office of ocean exploration and research.

During the day, remotely operated cameras will send back images of the seafloor.

Those will include the unexplored bottom of the eastern side of The Gully, a large underwater canyon near Sable Island. It is Canada’s first marine protected area.

How you can watch

The cruise will deploy two vehicles on daylight dives and send back images from three cameras.

It takes a while to get to the bottom. Midday may be the best viewing.

The Museum of Natural History in Halifax will screen the livestream from 9:30 a.m.-4:30 p.m. on Thursday. That’s when the Okeanos Explorer is scheduled to be over The Gully.

Next week, the ship is scheduled to be off southwestern Nova Scotia surveying other significant areas.

The cruise is examining poorly understood deepwater bottom where the continental shelf plunges into the depths.

Earlier this summer, the Okeanos Explorer tested technology produced by an Atlantic Canadian company that can do just that when it cruised deepwater from Virginia to Massachusetts.

During that mission it tested advanced ocean mapping technology developed by Kraken Robotics, a manufacturer of sonar and laser imaging devices capable of producing highly detailed images of the ocean floor.

Two of its products were among five tested in a NOAA technology demonstration.

“I think we were able to show that this sort of technology is certainly something that can improve our understanding particularly of marine heritage resources on the seafloor, but also things like object detection,” said White.

Kraken president Karl Kenny says the demonstration was a big deal for the company. The company will not be on board this leg of the mission, which is scheduled from Aug. 26-Sept. 15. 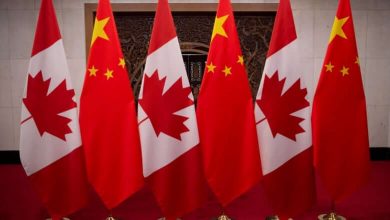