Maxime Bernier launched his party’s campaign from his home riding of Beauce on Sunday.

Bernier delivered a speech in front of a few hundred supporters gathered.

The People’s Party of Canada leader says he’s prepared for the election, adding he will have to balance his national tour with being present in his riding.

“I will spend a lot of time in Beauce because I do not take anything for granted,” he said in French.

He presented himself as the long-awaited alternative to the old federal parties, the same as he said last August when he split from the Conservative Party during their national policy convention.

At that time, Bernier called his former party “intellectually and morally corrupt.”

During that resignation — a year after his defeat in the party leadership race — Bernier denounced the Conservatives for being too close to Liberal policies.

The People’s Party has named candidates in almost all the 338 federal ridings. Bernier was first elected an MP in 2006 in the same riding his father held. The PPC is polling at just under 3 per cent nationally.

“After traveling the country and meeting thousands of Canadians, I can tell you that there is an appetite for our alternative,” he told supporters in French.

But Bernier will face a tough fight in his own riding.

Andrew Scheer’s Conservatives have nominated Richard Lehoux, who was the leader of the Quebec Federation of Municipalities. Lehoux is also a former dairy farmer and has been Mayor of Saint-Elzéar for 19 years.

Bernier admitted he would be absent from Beauce for approximately 35 days of the election campaign.

His new party has also come under fire for being associated with alt-right groups and anti-immigrant sentiment.

A PPC government would lower the number of immigrants Canada accepts to between 100,000 and 150,000 per year — a level not seen since 1986 — Bernier has said previously.

His Conservative challenger picked up on that, saying the people of Beauce fall to the right of the political spectrum, but not the far right.

Bernier has also not been invited to the official election debates, as he failed to meet the criteria.

He argues that not inviting him to take part in the official election debates means excluding the only political party leader who has anything different to say.

“It won’t be a real debate if I’m not there,” Bernier said. 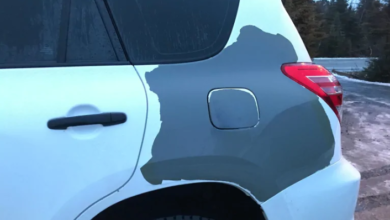