Businesses and workers in British Columbia can now access new and increased rebates for electric-powered bikes.

The provincial government announced Monday people who typically depend on a vehicle for work can now trade it in for scrap to access a rebate of $1,050 toward the purchase of any type of new e-bike, representing a $200 increase over last year.

Additionally, there is a new one-year pilot project that offers a rebate of up to $1,700 for business owners toward the purchase of a cargo e-bike, with eligible businesses able to use the rebate to cover up to one-third of the purchase price and up to five cargo e-bikes.

According to the provincial government, cargo e-bikes can be an efficient way of delivering materials and goods while also reducing operating costs for businesses. They can potentially be used to reduce large van and truck traffic and the associated emissions.

The Ministry of Transportation and Infrastructure is providing $750,000 for the two e-bike rebates over two years, and the Ministry of Energy, Mines, and Petroleum Resources has allocated $750,000 to the scrap program and $2.5 million to the specialty-use vehicle incentive program.

“As more people get interested in active transportation, e-bikes are more popular than ever because they are easier for many people concerned about long commutes and hilly areas,” said George Heyman, BC minister of Environment and Climate Change Strategy, in a statement.

“Getting people out of vehicles and onto e-bikes reduces emissions, takes old and inefficient vehicles off the road and continues the shift to healthy, more climate-friendly transportation options for residents and businesses across our province.” These incentives are part of the provincial government’s active transportation and CleanBC strategies.

Devan McClelland is the director and member of Shift Delivery, a co-operative delivery company based in Vancouver that uses e-cargo bikes to deliver food, linen and dry-cleaning, and parcels like office supplies, mostly in the city’s downtown east side. It’s been operating for about eight years.

McClelland agrees that considering e-cargo bikes in city planning would make a big difference: “The biggest challenge for our business is city design.” Roads prioritize cars and trucks, and urban sprawl makes things difficult for bikes in some areas.

On the other hand, he sees bike-friendly city design as making urban spaces more livable for everyone. “You can picture a street having more trees, because it doesn’t have to be as wide,” he said, adding that there could also be room for wider sidewalks, more car-free zones and patios.

McClelland says customers already choose Shift not just because it provides reliable and efficient logistics, but also because it generates a lot of social benefits — it’s zero emissions; provides healthy, active jobs; and its vehicles take up less space, produce less noise and are safer for pedestrians than vans, due to lower speeds and the operator’s better range of visibility.

“We can create and design spaces that are really beautiful and spaces that people will want to be in,” he said, “and using cargo cycles in those spaces will help that be a reality.”

Fighting climate change may be cheaper and more beneficial than we think.

In collaboration with the B.C. government’s Climate Action Secretariat, Ann Dale, a professor in the School of Environment and Sustainability at Royal Roads University, has mapped some of the co-benefits of climate change action.

That way, policy makers will know how to look for and track them — the map shows, for example, that greener buildings lead to higher energy efficiency, better water quality, and new job opportunities: “So that you can show to political decision makers it’s not jobs versus on the environment — there’s money to be saved by doing the right thing, and there’s benefits to be achieved.” 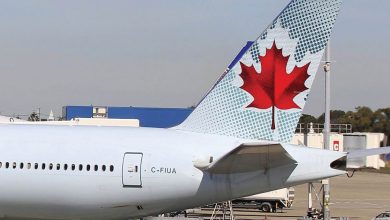