The company that owns Air Transat has agreed to be taken over by Air Canada for $13 a share.
The two companies announced in May they had entered negotiations toward a possible deal, and gave themselves 30 days to hammer out the details. 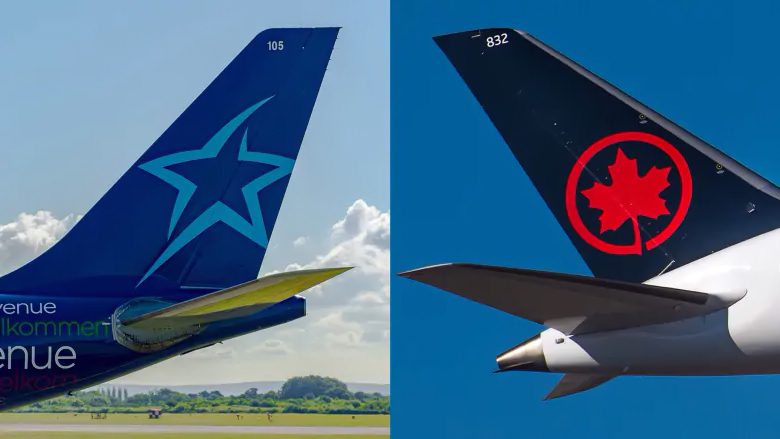 That period expired on Wednesday (26), and on Thursday (27) morning they announced a deal that would see Air Canada buy Transat A.T. Inc. for $13 per share, which values the company at $520 million. The plan is to maintain the two companies as separate entities, maintaining the two different brands, head offices and key functions in Montreal, the companies said in a release.

Transat CEO Jean-Marc Eustache said the deal represents “the ideal platform for Transat’s presence and jobs in Montreal, and therefore represents the best option for all our stakeholders: employees, suppliers, partners and shareholders.”

That’s a veiled reference to another, ostensibly better financial offer on the table for the company. Once word of Air Canada’s interest emerged in May, Montreal real estate developer Group Mach declared it would also be interested in buying Transat, for a higher price of $14 a share. Other bidders, including Montreal-based investment firm FNC Capital, have also expressed an interest in buying Transat, with FNC saying as recently as this week it thinks Transat is worth at least between $17 and $20 a share.

“I have informed my group that according to my presentiment, this potentially historical transaction shall not be done under 18 dollars a share,” FNC founder and president Dominik Pigeon said this week. “This will most likely be a hard and long contest, far more [fraught] than what people currently expect.”

Mach reiterated their interest and desire in entering negotiations as recently as this week, but Thursday’s (27) news suggests Air Transat’s management has no interest in pursuing that option. While the merger of the two Montreal-based airlines has the blessing of both companies’ management teams, it is far from a done deal.
Shareholders will have to weigh in and regulatory agencies will have a say, as the move would consolidate Canada’s airline industry in even fewer hands. If the deal falls apart, Air Canada would pay a break fee of $40 million to Transat, or Transat would pay $15 million to Air Canada, depending on why the deal fell apart.

Analyst Chris Murray of AltaCorp Capital said he believes the deal is a good one for both sides, and likely to succeed in the end.

“We view the transaction as positive for all stakeholders, seeing several complementary synergies available to Air Canada that we expect to enhance earnings in the coming years,” Murray said.

The initial response from investors, however, was less enthusiastic. When stock markets closed on Wednesday, Transat shares were valued at $14.19 apiece — above the level of both the Mach offer and the lower Air Canada offer.

When word emerged of the deal and shares began trading on Thursday, Transat shares lost seven per cent and were changing hands at $13.15 a share.

Air Canada shares, meanwhile, gained almost five per cent or $1.80 to $41.06, a sign Air Canada investors love the deal, from their perspective.

One significant factor in favour of the deal is the biggest single owner of both companies’ shares is Montreal investment firm Letko Brosseau & Associates, which owns almost 10 per cent of Air Canada and just over 17 per cent of Transat shares.