A wooden livingroom table can barely hold all the accolades Lonnie Bissonnette has won. But he has to find room to squeeze in his latest honour — this season’s para-bobsledding world cup.

His hefty glass trophies clink against one another as he shifts them around. The new one fits, but just barely, with merely a millimetre to spare. This trophy is his fourth overall world cup win.

“My kids keep kidding me that I gotta get something a little more solid than that table,” he jokes.

Bissonnette came to para-bobsledding after a base jumping accident left him paralyzed in 2004. He was jumping off an Idaho bridge when his parachute line tangled around his foot and he slammed into the river below. It was a devastating injury for the adrenaline junkie, who was well-known among competitive skydivers and base jumpers for pushing boundaries.

Now relying on a wheelchair, he was eager to find a sport compatible with his new circumstances, but none were extreme enough. That’s until he was sent sliding in a bobsled.

“The very first run I went down the bobsled track, I was like, ‘Oh my god, this is amazing, this is so cool,'” he said. “It felt exactly the same way as it did the first jump I made, the first skydive I made. I was hooked immediately.”

He continues to skydive and base jump in his wheelchair in the summer, but para-bobsledding has allowed him to keep competing. He quickly learned there were many parallels and a similar skill set between sliding and jumping.

“In skydiving, it’s high speed, high adrenaline and you need to be able to take that adrenaline and use it to focus as opposed to allow it to control you. And bobsled’s the same thing.”

He compares the two turning ropes he has inside his bobsled to the two ropes used to help parachute.

“All of those skills are things I’ve been doing for 20 years. All I had to do was apply them to a different sport.”

‘Scares a lot of people away’

The fledgling sport is still a relatively new one, with the world cup circuit only existing since 2015. The International Bobsleigh and Skeleton Federation’s para-bobsledding roster for 2019-20 season lists just 33 sledders from 17 different countries.

Despite a fierce fight to be included, it’s not a Paralympic sport. It was provisionally slated to be included in the 2022 games in Beijing but the International Paralympic Committee axed those plans after it said the sport fell short of requirements around the number of participating athletes.

Bissonnette’s working hard, trying to get the sport into the 2026 Paralympics.

To get it there, the sport needs more competitors. He has tried to recruit for years, but few have given it a try.

“It scares a lot of people away who are in chairs,” he said. “I think they are afraid of re-injuring themselves or they don’t want to push the limits too much.”

This season, he had his first breakthrough. He recruited Lee Thibeault, a former competitive boxer from London, Ont., who was left paralyzed from the chest down after a motorcycle crash. He too was struggling find a sport to fill his boxing void. Bissonnette encouraged him to give para-bobsledding a try — and the rush returned.

“It’s more powerful than it was for me boxing,” Thibeault said.

After a season of mixed results, Thibeault cracked the top six in the final race of the world cup circuit. “For me, it felt like gold.”

He credits Bissonnette with paving the way and giving track tips to all athletes, regardless of what country they are competing for. He hopes to be at the top of the sport one day too.

Bissonnette may be at the top of his game but he has considered quitting. There is no viable funding, so he hasn’t been able to make a living from it. Sponsorships can cover a little but athletes are largely forced to pay out of pocket.

With Bissonnette unable to afford it himself, his son stepped in, refinancing his house in order for his dad to travel and compete.

“It’s hard to talk about. I get choked up. It’s not the way it should be,” the elder Bissonnette said. “I’m the one who’s supposed to be helping him out. And here he is taking care of me. I’m super proud.”

Training has been particularly tricky this season, as the bobsled track in Calgary where Bissonnette would typically train has shut down, leaving just Whistler as Canada’s lone bobsled track.

Para-bobsledders use the same tracks as able-bodied sledders but rely on a mechanical launch at the top of the track, so everyone gets the same start. However, Bissonnette said some tracks have been wary about even letting para-bobsledders on, worried they could get hurt.

Leading the sport at 55

Bissonnette leads the sport going into the world championships in Lillehammer, Norway, later this month.

At 55, Bissonnette is far older than most competitive athletes. Some of his fellow competitors are younger than his kids. But he’ll keep going, as long as he’s competitive.

“The young punks are going to have to knock me off.”

He’s intent on taking the sport to the Paralympics — and winning the inaugural gold medal. It has been his “main focus” since he started.

“If we don’t get included…. I’m going to look at that table and just see a bunch of glass that cost a ton of money for nothing,” he said. “Inclusion is the only goal.” 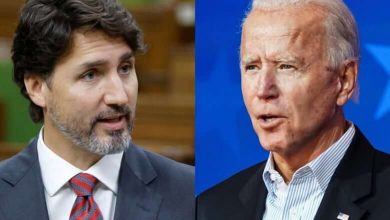