Members of the Truth and Reconciliation Commission (TRC) say that five years on from the release of the commission’s final report, it is more urgent than ever that Canada implement its 94 Calls to Action.

He said the commission “could have been done better” but “we now have a population of people in Canada who are actively talking about reconciliation and are openly supporting it.”

The Truth and Reconciliation Commission was created in 2008 as part of the Indian Residential Schools Settlement Agreement. In 2009, Sinclair, Wilton Littlechild and Marie Wilson were appointed as its commissioners to investigate the history and legacy of the schools.

The TRC gathered close to 7,000 statements from residential school survivors over six years.

Sinclair said survivors shared their stories with a belief that things would get better in Canada.

Littlechild said the fifth anniversary of the final report has brought the commissioners together again and it brings up mixed emotions.

“I’m encouraged by what I’ve seen going on across the country since we tabled our report… meeting with different groups and different parts of Canada to talk about the follow up to our calls to action,” said Littlechild.

“But on the other hand, we’re collectively quite concerned that it’s been moving too slow and it’s a matter of urgency that we have another look at our Calls to Action and maybe get a fresh start in terms of some of the changes that you’ve seen over the past five years.”

Martina Fisher, Anishinaabekwe from Bloodvein First Nation in Manitoba, went to the Assiniboia Indian Residential School in Winnipeg from 1969 to 1972.

She attended four out of the 11 national gathering events held by the TRC, including the last one in Ottawa in June 2015.

“It opened up a lot of wounds at the same time it opened eyes to the public,” said Fisher, who works with residential school survivors as a cultural advisor at Wassay Healing Centre in Winnipeg.

She said many former students are still unable to talk about their experiences inside of the schools due to the trauma they faced. She said the TRC helped her to understand her own mother’s parenting techniques.

“Some of them began to put two and two together for themselves, for the way they were treated when they were kids like myself,” said Fisher.

“Now I know why my mom was the way she was when I was growing up.”

She said she has noticed there is more education about residential schools now than before the TRC.

Educating the Canadian public about residential schools is the thing that Littlechild is most proud of when it comes to the work of the TRC.

“I remember at the beginning when we started, there had been a poll that was done across Canada, apparently, and the awareness level of the residential school history at the time was five per cent or less,” said Littlechild.

“And over that journey of the five years and the additional year, the awareness level was almost 60 per cent.”

A 95th Call to Action

Littlechild said that if he was able to, he would have added a 95th Call to Action saying “we must work together.”

He said systemic discrimination against Indigenous people continues in 2020, referring to examples such as the hostility faced by Mi’kmaw lobster fishery in Atlantic Canada and Joyce Echaquan’s recording of racist slurs by staff prior to her death in a Quebec hospital.

Moving forward, Littlechild and Sinclair said they are optimistic that young Canadians will take on the challenge of improving the relationship between Indigenous and non-Indigenous people.

“We need to ensure that we never, ever let Canada forget what they have done, and the situations that we are now facing that are the responsibility of this history, of the losses that have been experienced by Indigenous communities and Indigenous Peoples,” said Sinclair.

He said it’s important to ensure “there’s a legacy of information we pass on to our children and our grandchildren so that they can take up the fight armed with all of this knowledge.” 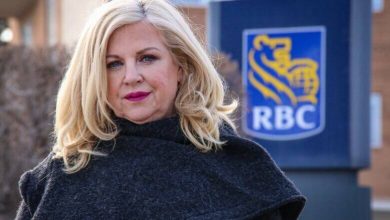 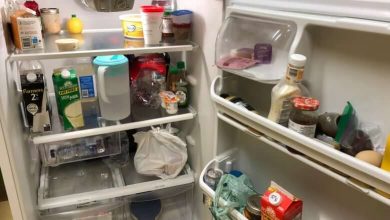